This report gives statistics on the 2015 Electoral Register which came into effect on 2 March 2015. Normally, the reference date (for previous publications) is 1st December, but this date was temporarily changed in the light of the work to move to a system of Individual Electoral Registration (further information available on the Electoral Commission website). 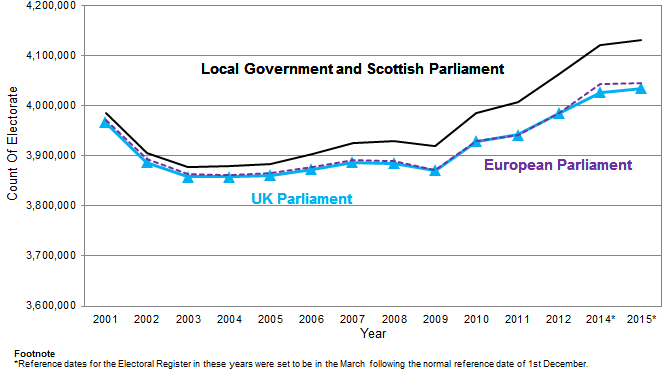 Table 2 shows that on 2nd March 2015, the largest UK Parliamentary constituency in Scotland was Linlithgow and East Falkirk with 85,349 people registered to vote and the smallest was Na h-Eileanan an Iar with 21,766 people. The constituency with the smallest electorate on mainland Scotland is Easter Ross (47,667 electors). This year’s UK Parliamentary Election is due on the 7th May.

The average number of electors in the 73 Scottish Parliamentary constituencies rose by around 157 between March 2014 and March 2015. The largest and smallest Constituencies were Linlithgow (71,455 electors) and the Orkney Islands (16,956 electors) respectively. The constituency with smallest electorate on mainland Scotland is Renfrewshire South with 48,572  (see Table 4 and Table 5). The next Scottish Parliamentary election is due in 2016.