The population projections are based on population estimates for the base year, and this base population is then projected forward using assumptions about births, deaths and migration. 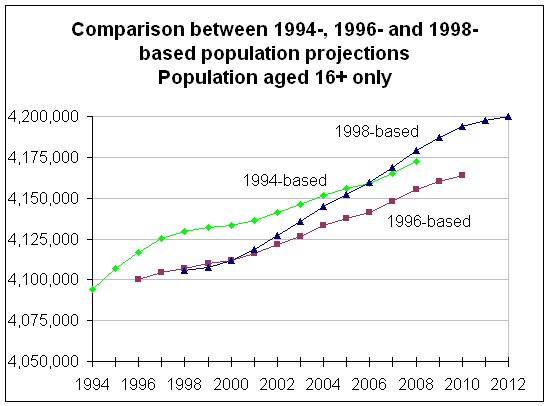 For household projections, the relevant population for the formation of households is the adult population aged 16 and over. As chart 2 shows, although the 1998 estimate was slightly lower than the 1996-based projection for 1998, a higher rate of growth in the adult population is projected by the new, 1998-based, figures. This is largely due to changes in the assumption about migration. For the new projections, migration out of Scotland is projected to continue at a loss of 1,000 persons a year from 2001 onwards; a loss of 3,000 persons a year was assumed in the previous projections.

As for the 1996-based projections, the current set of projections has household type defined in terms of the household composition (numbers of adults and children) and the age group of the head of household. 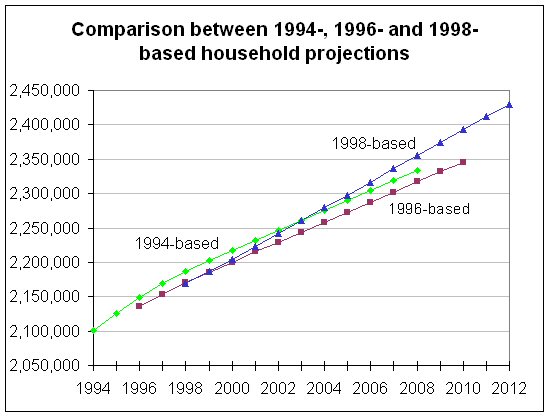