2. Method Used for 2000-Based Household Projections

The first main inputs to the projection of households are the 2000-based population projections for Scotland produced by the National Records of Scotland (NRS). These are produced for Scotland by local authority and age group using assumptions about births, deaths and migrations. Refer to the publication ‘Population Projections Scotland (2000-based)’ for further information on the assumptions used. The relevant population for household formation is taken to be the adult population, aged 16 or over.

The second main input to the household projections is the historic information on the number of households from the 1981 and 1991 population censuses. This information is available for each combination of age group, household type and area within Scotland.

An example, for Dumfries and Galloway 1991 census data for persons aged 35 to 44 years old, is given below.

Table A1: Number and Proportion of Heads of Households (HoH) by Household Type

The number of persons who head particular household types will be the same as the number of households of this type. The proportion of these within any particular age group and Local Authority area are known as the headship rates and it is these that are projected forwards then applied to NRS population projections (by age group and Local Authority area) to give the household projections.

We also know the residual number of persons who are in each area and age group but who are not the head of household. This allows both the ‘headship’ and ‘non-headship’ rates to be projected to avoid the theoretical possibility of negative ‘non-headship’ rates. This improvement was recommended from the research done by CHRUS, University of Glasgow, on viable alternatives for the method of projecting headship rates (refer to section A.3) and was also used in the 1994, 1996 and 1998-based projections. Previously, projected ‘non-headship’ rates were calculated as the residual for each group when projected headship rates were subtracted from 1.

These headship (and non-headship) rates were then projected forward using the modified two-point exponential model, the formula for which is as follows:

The projected headship (and non-headship) rates are constrained in two ways, firstly so that they cannot individually go above 1 or below 0, and secondly so that they sum to 1 within an area and household type.

The household projections are then calculated by applying these projected headship rates to the population projections to give an estimate of the number of heads of household in each of the projection years for each household type, age group of head of household and area.

Finally the figures are adjusted to ensure that the minimum number of adults required to fill the projected households (i.e. a minimum of 2 adults would live in the household type ‘2 or more adults’) are not greater than the projected adult private household population. The Household Analyses Review Group considered this an important adjustment because the NRS population projections (from which the private household populations are derived) are the primary input into the household projections, and therefore they should tie up. The adjustment required was much greater for the current 2000-based projections than was required for the 1998-based projections and was an important factor in the choice of headship rate projection methodology (go to Chart A3). The reasons for this increasing adjustment are discussed further in Annex B.

Prior to the production of the 1994-based household projections the (then) Scottish Office, commissioned research from the Centre for Housing Research and Urban Studies (CHRUS) at the University of Glasgow to review the alternative methods for projecting household headship rates. They considered whether or not there were viable alternatives to the cross sectional, headship rate based approach used at the time.

They concluded that there was no alternative due to the absence of suitable information on which to base dynamic models which take into account transitions between different household types. However they also concluded that there was scope for improvement within the existing approach. The following recommended improvements were incorporated into the 1994-based and subsequently the 1996, 1998 and current 2000-based household projections.

Firstly, as mentioned in section A.2.2, both headship and non-headship rates were projected to avoid the theoretical possibility of negative ‘non-headship’ rates. Other changes related to changes in the categories of household type, largely due to lack of census information on relationships within households. The decision was taken to only identify the numbers of adults and children within a household, so a ‘lone parent’ would not be identified as such, but would be included in the categories which have one adult with child(ren). In addition, the sex of the head of household would be restricted to one adult households. More detailed information on these changes can be found in the publication, ‘1996-based Household Projections for Scotland’ (HSG/1998/5).

4. Alternative Variations of the Method Tried

For the 2000-based projections four different variations of the projection method were run and the raw unadjusted and adjusted results discussed with the Household Analysis Review Group [Footnote 1] before a decision was made on the most appropriate variation to use. These four variations were:

Method suitability was based upon:

Table A2: Ranked Suitability of Methods A to D

* The top ranking method at the council level is that which is best for the highest number of councils.

The following charts show the differences between the methods investigated for each of the three suitability tests. 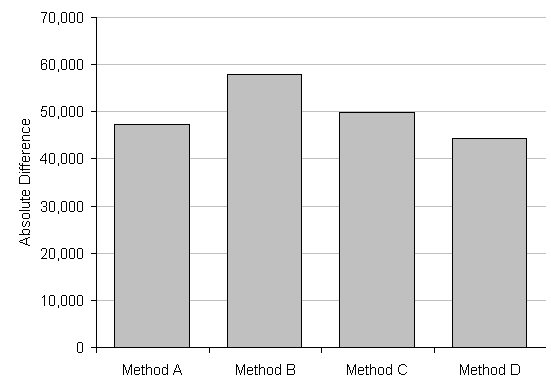 Chart A2: Raw Projections: Percentage of Households by Household Type Percentage Point Difference (SCOTLAND as a Whole) of the Projection Methodologies for the 2000 base year from Scottish Household Survey Data (1999 and 2000) 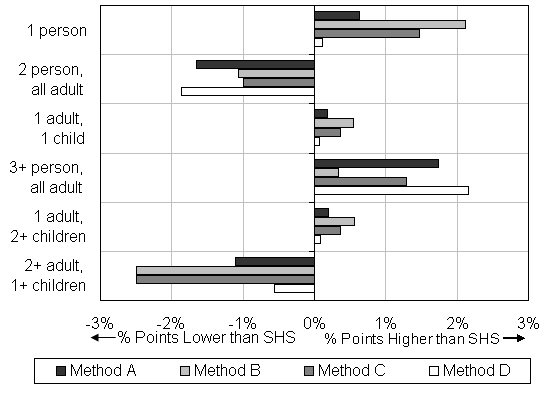 Chart A3: Raw Projections: Minimum Number of Adults Projected Compared to the Projected Private Household Population (16+) Scotland as a Whole by Projection Method 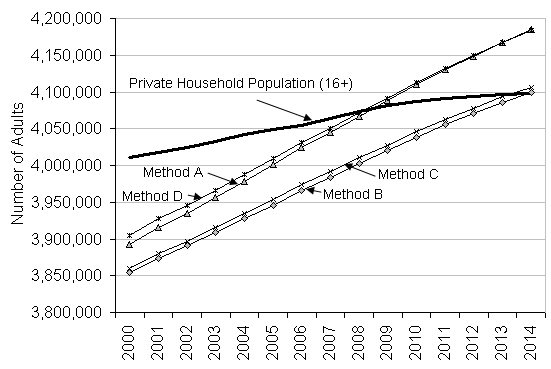 More detail can be found on the HARG web pages on this website. Refer to the section covering the meeting of 30th May 2002 (paper HARG 2002/7)

After discussion with the Household Analyses Review Group the Scottish Government decided that the analysis did not point to the clear superiority of any one method over the others.

It was agreed that since this would be the last set of projections where the 1991 census would be the latest available source for headship rates, it would not make sense to introduce a new method. It was agreed that for consistency we should continue with projections methodologies that had been used in previous years (i.e. Method A or B). Since Method B is the method which had been used for the latest 1998-based projections and since it produced household projections where the number of adults involved was more in line with the projected adult private household population, it was agreed that this was the most appropriate option for this round of projections. In that way the required minimum adult adjustment was minimised.

In past years the household projections have been re-based to the official household estimates. For this round of projections HARG members were asked to consider whether we should adjust to the base year, and if so whether or not the adjustment should be carried out using the same method as that used for the 1998-based figures. One option would be to calculate the difference between the base year and estimate and apply this to all years, preserving the projected trend in total household growth. However, since the base year was over estimated it was considered preferable to calculate the ratio of this difference and apply this to all the years in the projection. This method would have the advantage of reducing the trend in growth of total households. This is the same method that was used for the 1998-based projections.

It was decided that it was important to ensure consistency between the household and population projections. Accordingly adjustments were made to the household projections of any Local Authorities where the minimum number of adults required to fill the projected households is greater than the number of adults in the projected private household population. None of the methods fully satisfied the condition of projecting a minimum number of adults less than the projected private household population (16+) for every authority for the later years. Although Method B (the 2 point exponential method with 1981 and 1991 census data) satisfied the condition for the most authorities, there were still 9 authorities where adjustment was required (Aberdeen City, Clackmannanshire, Dumfries and Galloway, Dundee City, Eilean Siar, Fife, Inverclyde, Orkney, Shetland).

It was also agreed that the same methodology should be used for adjusting as was used in the 1998-round of projections, which would ensure that the total number of households are kept the same, but that the household type distribution is altered.

1. The Household Analysis Review Group was set up to assist the Scottish Government Housing Statistics Branch to maintain relevant good quality official household estimates and projections and provide users with sound advice on the basis of household estimates and projections and their use. Members include representatives from Local Authority Planning Departments, Scottish Government Housing Statistics and Planning Services as well as Communities Scotland. Please see the HARG pages on this website for more information.