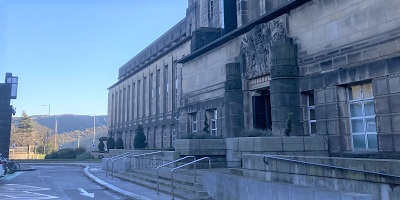 Files to be opened for the first time by National Records of Scotland will be made available online this week, revealing the content of Scottish Cabinet discussions in 2007.

That year saw the final months of the former Labour/Liberal Democrat coalition led by Jack McConnell and, on 3 May 2007, the election of a new minority SNP administration led by Alex Salmond.

These records are being made available to the public as part of the Scottish Government’s commitment to proactively release records after 15 years.

The Scottish Cabinet records will be publicly accessible free of charge via the NRS ancestry research website ScotlandsPeople from 4 January 2023.

“These records are a valuable resource for historians, journalists and anyone with a general interest in both the workings of the Scottish Government and Scotland’s recent history.

“I’m pleased that NRS are making these documents available for the public to view and download for free and the wide range of documents demonstrates our continued commitment to openness and transparency.”

“The Scottish Cabinet records provide a unique insight into the inner workings of the Scottish Government and the key issues of that time.

“These fascinating records cover a wide range of important topics, including transport issues such as the Forth Replacement Crossing and the Edinburgh tram line, as well as the 2014 Glasgow Commonwealth Games and the name change from "Scottish Executive” to “Scottish Government”.

“Their publication is part of NRS’s commitment to making more of our collections accessible online to a much wider audience, wherever you are.”