About the Scottish Longitudinal Study (SLS)

About the Scottish Longitudinal Study (SLS)

The Scottish Longitudinal Study (SLS) is a large-scale linkage study created using data from administrative and statistical sources. It is a joint project between National Records of Scotland (NRS) and University of Edinburgh.

SLS contains linked census, vital events and education data for a five per cent sample of the population of Scotland. SLS has linked records at each census since the 1991 Census, for people born on one of twenty selected dates in a calendar year. These dates were then used to update the sample at the 2001 and 2011 Censuses. Vital events data are also linked on an annual basis for SLS members. Between census periods people can join the study if they are  born on one of the twenty selected dates or if they move to Scotland and their date of birth is one of the twenty dates.  SLS members leave the study either when they die or if they move out of Scotland.

SLS has a large sample size, is representative of the Scottish population and can be used to answer a wide range of research and policy relevant questions. Linking existing data in this way has efficiently produced a data resource which allows analysis which would be otherwise impossible.

The figure below shows SLS members at each census. 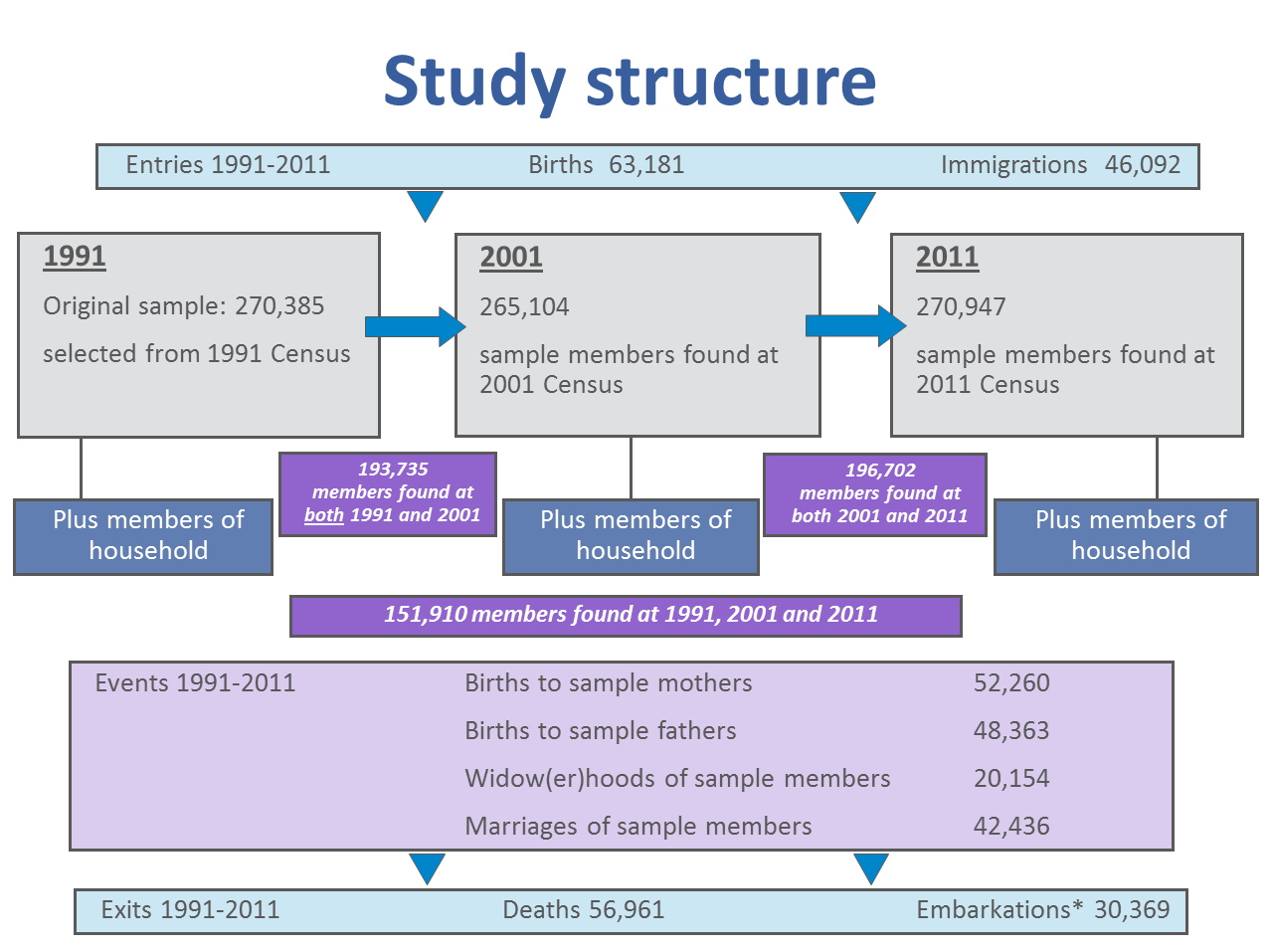 A textual description of the image can be found below the document Study Structure (Adobe Acrobat Portable Document Format (PDF) 10Kb).

What data does SLS contain?

The main data included are;

Data from NHS Scotland may also be linked into SLS, however further approvals are required to access this data.

For more information on the data held within SLS, please refer to the Guides & Resources section of the SLS website.

More detailed information is available about individual variables in the SLS Data Dictionary.