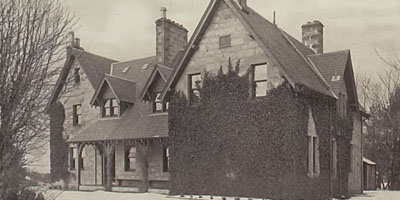 ‘Homes fit for heroes’? Newly-available historical records offer a fascinating snapshot of Scottish society in the wake of the First World War.

The names and addresses of more than 2.6 million people living in post-war Scotland have been added to ScotlandsPeople. The release of the Scottish Valuation Rolls for 1920 is the fourth set in an ongoing series of resources to become fully searchable online for the first time.

Comprising over 76,000 digital images taken from 169 volumes held in the National Records of Scotland, the Valuation Rolls cover every type of property in Scotland that was assessed as having a rateable value in 1920. As the records contain details for the owners and occupiers of properties, they offer genealogists and historians fresh insight into Scottish society in 1920.

Each Valuation Roll entry on the website is fully searchable by name and address. The records list the names of owners, tenants and occupiers of each property - in many cases occupations are also included. The Rolls include all types of property, from castles and mansions to crofts and tenements, and name people from across the whole social spectrum.

The 1920 Rolls also reveal some fascinating trends in Scotland’s social history, such as the building of the first council housing estate, and the growth of urban allotments and gardens cultivated by working class gardeners to achieve self-sufficiency. The Rolls also highlight how Scotland’s large houses and estates were responding to the pressure of death duties and other tax burdens from 1918 onwards, and how this provided new opportunities for tenant farmers to buy their own farms. 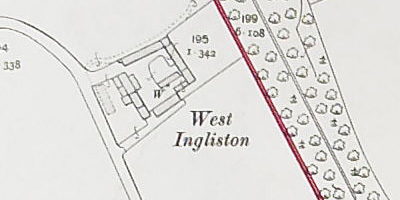 Researchers at the National Records of Scotland have also been spotting celebrities and the ancestors of famous people in the records, and have highlighted entries for Muriel Spark’s father, Sir William Burrell, Sir Harry Lauder, Sir Matt Busby’s family, Bill Shankly, Samuel Peploe, and the great-grandparents of The Proclaimers. The researchers have even found a quirky entry for a cottage in Dunblane, named after the subject of a poem by Robert Tannahill, the contemporary of Burns.

“ScotlandsPeople is a wonderful resource that enables Scots, those of Scottish descent and anyone with an interest in Scotland to discover more about our nation’s fascinating family and social history. The release of the Valuation Rolls for 1920 strengthens the digital tapestry of Scotland’s story that is available through Scotland’s national archive.”

“The release of the Valuation Rolls for 1920 will be of enormous help for family and local history research, enabling people to discover ancestors and where and how they were living almost a decade after the Census of 1911. The newly-available records are part of the commitment by the National Records of Scotland to improve our service to the public and provide researchers with the resources that they need.”