After the Reformation in Scotland, the Catholic population was greatly reduced in number with estimates of only 50,000 Catholics present in 1680, being approximately 5% of the entire population. With the Reformation, the Catholic Church no longer retained the diocesan and parochial systems (although the latter system was retained and assumed by the reformed churches) for administrative purposes, confiscation of Church property and restrictions on clergy meant that larger mission territories were created, which with varying geographical areas in Scotland meant that they were often difficult to visit and administer.

The Catholic Church in Scotland did not re-establish parishes until 1937 in the Eastern Province (Archdiocese of St Andrews and Edinburgh, Dioceses of Aberdeen, Argyll & the Isles, Dunkeld and Galloway) and 1948 in the Western Province (Archdiocese of Glasgow, Dioceses of Motherwell and Paisley). Until the restoration of parishes, priests were designated 'Mission Priests' and had charge of geographical territories which usually had a chapel (or mission station) at the centre. To all intents and purposes, these mission stations are what we would now recognise as parishes, but Catholics and the clergy were not tied to specific geographical boundaries and parishioners could attend and priests minister to large parts of the country without impinging on the rights of fellow priests. 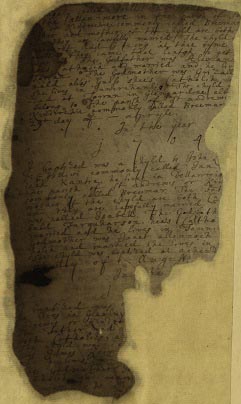 Catholic Parish records mainly consist of baptisms and marriages. Despite the Canon Law being quite specific about the recording of sacramental and other details of the faithful, death records and status animarum (state of the souls - lists of Catholics in a particular area) were not diligently kept. Registers were maintained in a variety of formats, with early registers recording all types of sacraments in one volume. These are termed by the Scottish Catholic Archives to be 'General Registers'.

Despite having a large migrant Catholic community in Scotland, the Scottish Catholic Archives does not hold records of where people came from. Particularly, there are no sources which indicate where in Ireland a person originated, and despite the rigorous nature of Church record keeping today, no additional sources (such as baptismal certificates upon marriage) were retained from before the mid twentieth century.

There are a number of smaller groups of archival resources available at the Scottish Catholic Archives which supplement the Catholic parish registers and they are generally available for consultation.