These four examples serve to show the main types of soldiers' and aimen's wills held by National Records of Scotland (NRS).

The first image, below, is an example of the most common kind of soldier's will: unwitnessed, written and signed by the soldier when under orders for active service, or during active service. He could write another will when issued with a new pay book, and if he died his most recent will would be retrieved from his pay book whenever possible. Known as a 'Short Form of Will'. Also shown is a typical outer envelope showing the information recorded by the War Office clerks (NRS reference SC70/8/90/31/2). 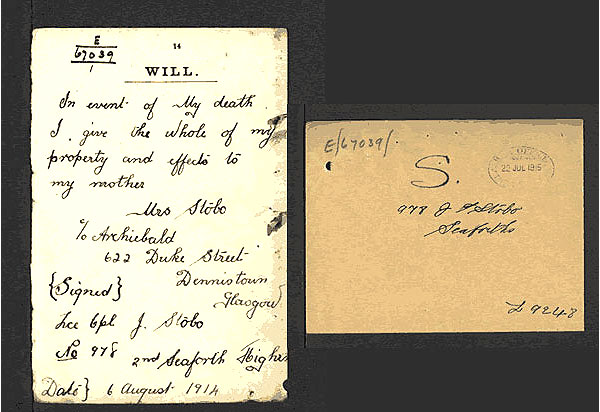 The second image, below, is an example of a formal witnessed will, written and signed by the soldier on Army Form B.243 (NRS reference SC70/8/278/2). 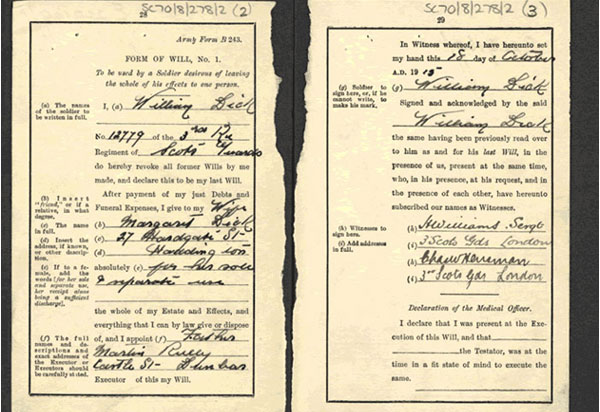 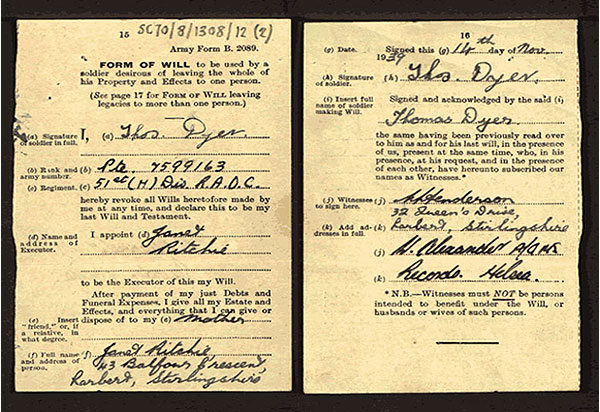 If a will was missing, the War Office accepted evidence from soldiers, family or friends concerning what a soldier had stated verbally concerning his wishes or had written in his will. This type was known as a 'nuncupative will'. Typically the documents consist of official forms and related correspondence, as in the fourth example, below, (NRS reference SC70/8/1322/32/2). 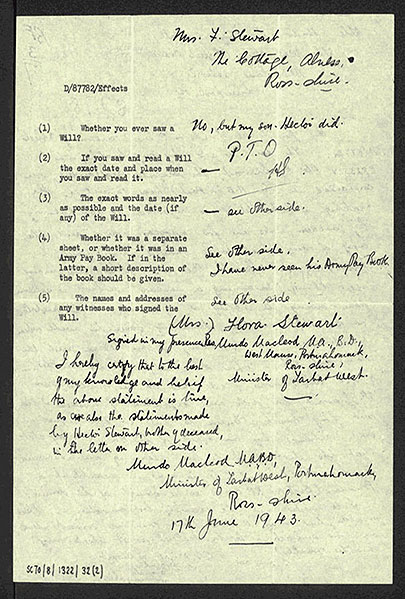