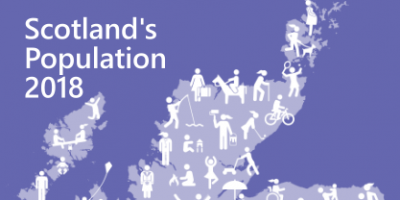 Life expectancy in Scotland has increased over the past three decades, but has stalled in recent years, according to a report published today by National Records of Scotland.

Scotland’s Population 2018 - The Registrar General’s Annual Review of Demographic Trends is a compendium of statistics published throughout the year which paint a picture of modern Scotland. The Review has been published each year since 1855.

“The Registrar General’s Annual Review, published every year since 1855, provides an opportunity to reflect on our changing population and demographic trends.

“This year’s review shows that there have been changes in Scotland’s life expectancy and mortality trends. Life expectancy in Scotland has been increasing over the long term, but recent estimates indicate that it has stopped improving. The largest causes of the stall in life expectancy are the slowing of improvements seen in the reduction of deaths from heart disease and increases in drug related deaths.”

The Review is published alongside an infographic report.