Dr Pritchard the Poisoner and the 1865 Valuation Rolls

Dr Pritchard the Poisoner and the 1865 Valuation Rolls 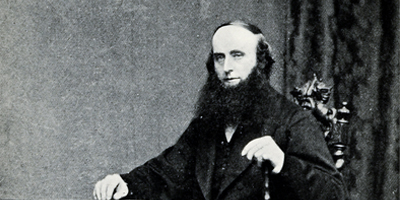 The house of Dr Edward Pritchard, the infamous ‘Glasgow poisoner’, is one of more than 1.3 million entries in the Valuation Rolls for 1865 that have been released online by the National Records of Scotland.

150 years ago a house at 131 Sauchiehall Street, Glasgow, was the scene of two notorious deaths. Archivists at the National Records of Scotland have uncovered a chilling entry in the 1865 valuation roll, which eerily describes the house as ‘empty’, with no occupiers.

In early 1865 two inhabitants met their deaths at the property which was owned by Dr Edward William Pritchard, the infamous ‘Glasgow poisoner’: his wife and his mother-in-law.  At the time the valuation roll was compiled both women had been murdered and Dr Pritchard himself was in prison awaiting trial. He was found guilty in the High Court of poisoning his victims, and became the last man to be hanged publicly in Glasgow. Read more on the ScotlandsPeople website.

“The Valuation Rolls for 1865 provide a window into the lives of mid-Victorian Scots for anyone who wants to discover more about their ancestors or the history of local communities. The example  of Dr Pritchard reveals a small but telling detail in an infamous episode. The latest release is part of the commitment by the National Records of Scotland to provide access to the key records that researchers want.”

The entry for Dr Pritchard is just one of almost 140,000 indexed names and addresses for Glasgow in the 1865 valuation rolls. More than 1.3 million indexed names and addresses are going online, with entries for every owner, tenant and occupier of property in Scotland. The digitised rolls for 1865 are the eighth such addition to ScotlandsPeople in a resource that now spans sixty years from 1865 to 1925.