Scottish Cabinet Papers from the Year 2000 Opened to the Public

Scottish Cabinet Papers from the Year 2000 Opened to the Public 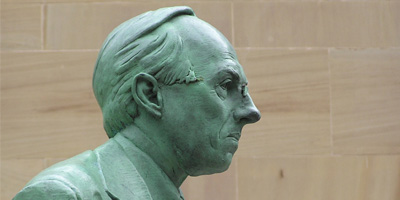 From 1 January 2016, Scottish Cabinet papers and other government records opened for the first time at National Records of Scotland (NRS) show details about the first full year of operation of the newly-established Scottish Executive, now the Scottish Government.

A central event in the year 2000 was the death of Donald Dewar, Scotland’s first First Minister. The Scottish Cabinet minutes show the impact his death had on Government and Parliamentary business. The files include details of the Cabinet meeting Mr Dewar chaired the day before he died (10 October 2000). Following this meeting, an accident occurred on the steps of Bute House as he was leaving the building which led to his death.  A minute of an extraordinary Cabinet meeting held the following day is a sombre but historic note recording the death of the First Minister.

Other matters of interest considered by Cabinet include student tuition fees and a fuel shortage in Scotland following the impact of a blockade of the Grangemouth oil refinery.

In welcoming the latest file releases, Tim Ellis, Chief Executive of NRS and Keeper of the Records of Scotland, said  ‘The annual release of Scottish Government information is always much anticipated and of interest to many people, including historians, researchers and the wider public. Last year saw the release of the first Cabinet Papers and minutes of the then new Scottish Executive, shedding light on the earliest days of the first administration.  This year’s release – including the first full year of Scottish Cabinet information – continues this process and I hope generates a similar level of interest.’

The full list of files released in 2016 can be viewed in either PDF or Rich Text Format.  Also published is a list of the government files from the year 2000 already available. The open records complement many of those on the end year release list.