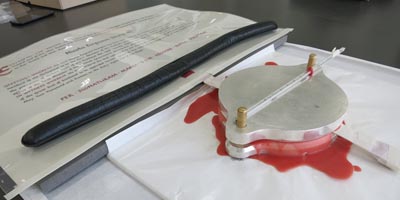 Members of the conservation team here at National Records of Scotland have attached the formal seal to Nicola Sturgeon’s commission to be First Minster.

Attaching the seal is one of the lesser-known elements of our work – we are responsible for the physical sealing of letters patent, commissions, royal warrants and charters with the Great Seal of Scotland. Since 1999 this work has been carried out in partnership with Registers of Scotland, who hold the “matrix” – essentially a mould.

Conservation and preservation of the historic seal collection has always been a focus and a specialism in NRS conservation but we had to research and relearn the casting of seals. Adapting the  original  method using traditional tried and tested materials  provided to be most effective and most sound in terms of preservation. The whole process is time sensitive and  once alerted we aim to cast and release from the matrix in a four hour period. This includes threading ribbon  that  supports the seal, preparing the wax, casting, releasing from the matrix and the final finishing off by hand and boxing. 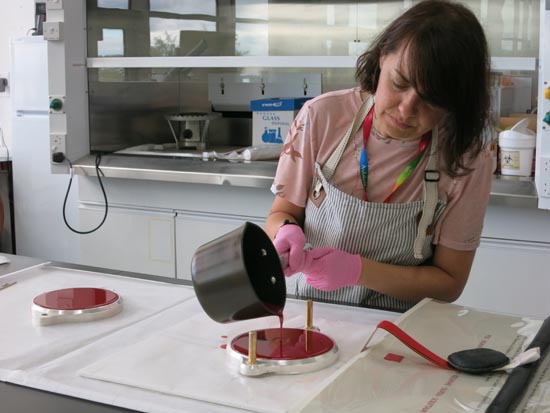 Eva Martinez Moya in our conservation team pours the wax.

To date we have  made over  400 wax seals using natural beeswax from an Ormiston beekeeper and coloured using mercuric sulphide or red cinnabar using the solid silver seal matrix of the Great Seal of Scotland. 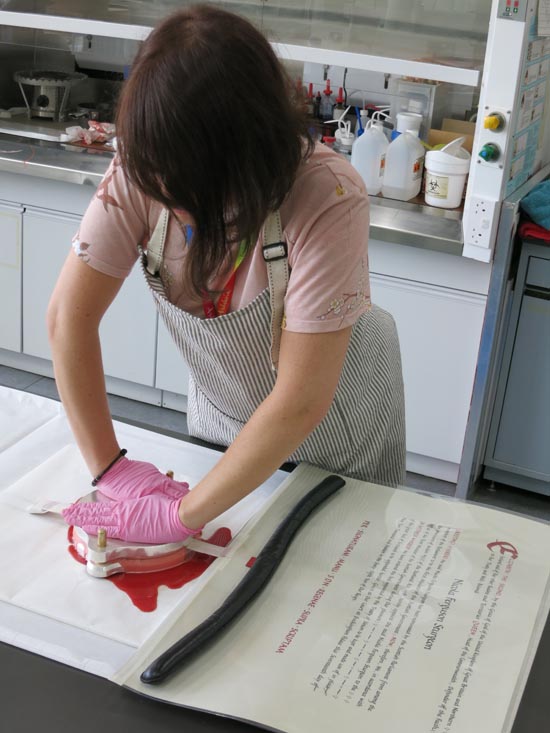 The Commission for  Nicola Sturgeon to be First Minister was sealed on Monday 22 August 2016. Her first Royal Warrant was sealed on 16 December 2014. 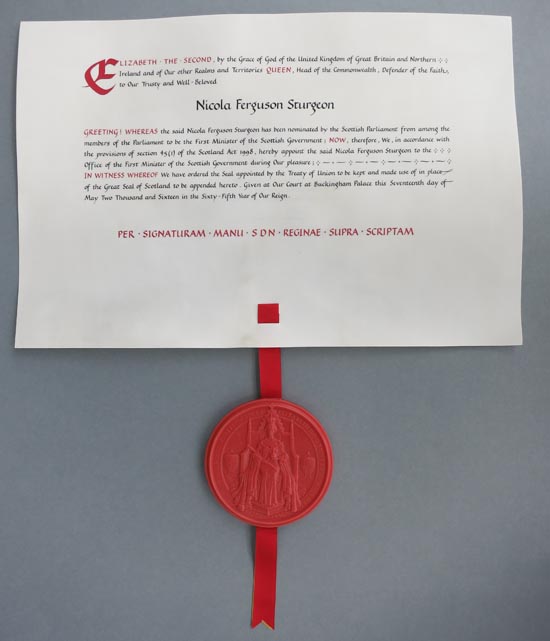 The National Records of Scotland has one of the best and most extensive collections of Scottish seals in existence. Their importance in the study of society particularly of the middle ages is immense, and there are examples of Great Seals dating from the 12th century.