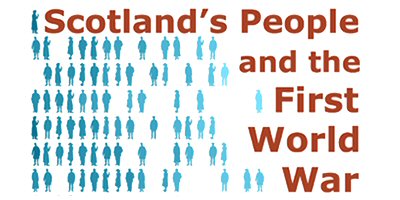 To mark the centenary of the outbreak of war on 4 August 1914, National Records of Scotland presents a free archive display that highlights some of the demographic changes that occurred before, during and after the conflict. The story of one family reveals some of the individuals behind the official statistics at the time by the Registrar General for Scotland. The display coincides with the publication of The Registrar General’s Annual Review of Demographic Trends.