The Kaiser's Spy in Scotland

The Kaiser's Spy in Scotland 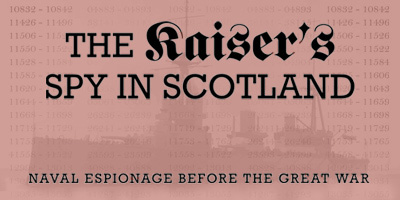 A secret agent’s spy kit goes on display for the first time at the National Records of Scotland in an exhibition on German espionage in Scotland before the First World War. The exhibition tells the story of Dr Armgaard Karl Graves, who undertook a secret mission to Scotland in 1912 under orders from Berlin to obtain vital information about the Royal Navy’s latest weaponry and strength. The exhibition uses intercepted documents and items seized from Graves to demonstrate how MO5, the forerunner of MI5, carried out its surveillance and capture of foreign agents.