The Duke and the Tattooist – the 1925 Valuation Rolls

The Duke and the Tattooist – the 1925 Valuation Rolls 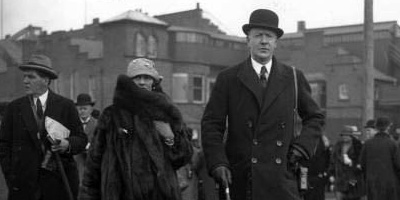 A tattoo artist living in a rented flat in Glasgow, and Britain’s richest man, are two of the 2.1 million entries in the Valuation Rolls for 1925 that have been released online by the National Records of Scotland.

A tattoo specialist calling himself ‘Prince Valler’ is the most unusual person revealed in this snapshot of Scotland in 1925. He is unique in being listed as a ‘tattooer’, a professional tattooist, working from a rented flat at 63 Stewart Street in the east end of Glasgow. His flat was modest, with a rateable value of £11. 15s. He later ran his business from a shop in Glasgow.

By contrast the Duke of Westminster owned an extensive estate in the north-west of Sutherland. During the 1920s the duke and his lover, the famous designer Coco Chanel, spent happy fishing holidays at Stack Lodge and Lochmore House on the estate.

“The release of the Valuation Rolls for 1925 provides family and local history researchers worldwide with another powerful digital tool. The rolls will allow people to discover more about where and how Scots were living in the mid-1920s, fourteen years after the Census of 1911. This latest release is part of the commitment by the National Records of Scotland to provide access to the key records that researchers want.”

More than 2.1 million indexed names and addresses from the valuation rolls will go online, as records of every owner, tenant and occupier of property in Scotland in 1925 are released on ScotlandsPeople website, the seventh release in a resource now spanning fifty years between 1875 and 1925.