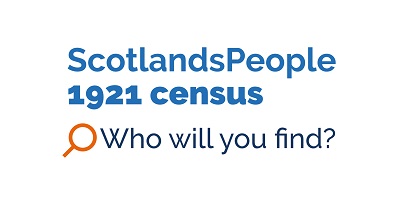 The release of the 1921 census provides a glimpse into the home and working lives of Scotland’s people 100 years ago, National Records of Scotland said today.

Family-history website ScotlandsPeople has been updated to include over 9000 volumes of enumeration district books, comprising more than 200,000 images of 4.8 million individual records.

Scanned images of the original handwritten census books detail each address from the finest hotels to cramped tenements, and from ships at sea to people in tents.

Recorded on the night of 19 June 1921, against the accommodation, everyone present is listed with details including their relationships to each other, their age, their occupation and for the first time information on orphan-hood, dependent children and workplace.

The 1921 census reveals further details of the private lives of people living through social and economic turmoil. These are people struggling to emerge from the long shadow of World War I and the Great Influenza Pandemic.

“The release of the 1921 census allows us to trace our ancestors and notable individuals in Scotland’s history at a particular point in time. Recorded on the night of 19 June 1921 we can explore where a person was staying, what their home was like, who they were with, what their occupation was and who they worked for. This information makes the census a fantastic resource for researchers and family historians.

“1921 is an interesting time in history. A change in the law meant women could now pursue careers in professions such as law, medicine and the civil service. It is exciting to see Madge Easton Anderson – the first woman in Britain to qualify as a solicitor – recorded as a ‘law agent’ in the census. Margaret Kidd, is recorded as ‘Law Student’. Kidd would go on to become the first woman to be called to the Scottish bar, Britain’s first female King’s Counsel and the first female Sheriff Principal.

“However, this isn’t the roaring 20s we’re used to hearing about. Huge numbers live in poor, overcrowded conditions. Unemployment is high and there is widespread industrial unrest. The census shows soldiers stationed at collieries across central Scotland. A group of 156 soldiers are even using part of a school in Fife as a barracks.

“But there is fun too. St Andrews is poised to host the 1921 Golf Open and the town’s hotels are crammed with the world’s best players and their media entourage.”

You can open an account on ScotlandsPeople and search the indexes free of charge. There are fees for viewing images from the census itself.