Purely by chance a pair of soldier’s identity tags are preserved among the Exchequer records (E861) in NRS. They testify to the death in action of 41058 Private William Wilson, 1st Battalion, Royal Scots Fusiliers on  the second day of the Battle of Arras, 10 April 1917.

How have these rare objects survived and who was William Wilson? According to Wilson's service record in The National Archives (WO363) he enlisted in the Army Reserve at Ayr on 30 November 1915, near his home in Prestwick, where he worked as a coal salesman. He was mobilised in February, joined the Ayrshire Yeomanry and was posted to France on 10 December 1916. Almost immediately he was transferred to the 2/4th Battalion, Royal Scots Fusiliers, and was among more than 100 other ranks who were drafted into the 1st Battalion after Christmas,

On 9 April 1917 the battalion, part of the 8th Brigade, 3rd Division, was ordered to attack Brown Line, the Germans’ third defensive line attack east of Arras. Almost 40 Fusiliers fell victim to German shellfire on their assembly points, and during their later advance more than 60 officers and men were lost to machine gun fire from Feuchy Redoubt. On the morning of 10 April the battalion overran Brown Line with only a few casualties, but then lost men to a heavy German barrage on the captured trench. Casualties over the two days amounted to 6 officers and 129 other ranks, including 34 other ranks killed and 69 wounded (Battalian War Diary TNA, WO95/1422/3/1). Private William Wilson was perhaps among the 26 other ranks noted as missing, as he has no known grave. 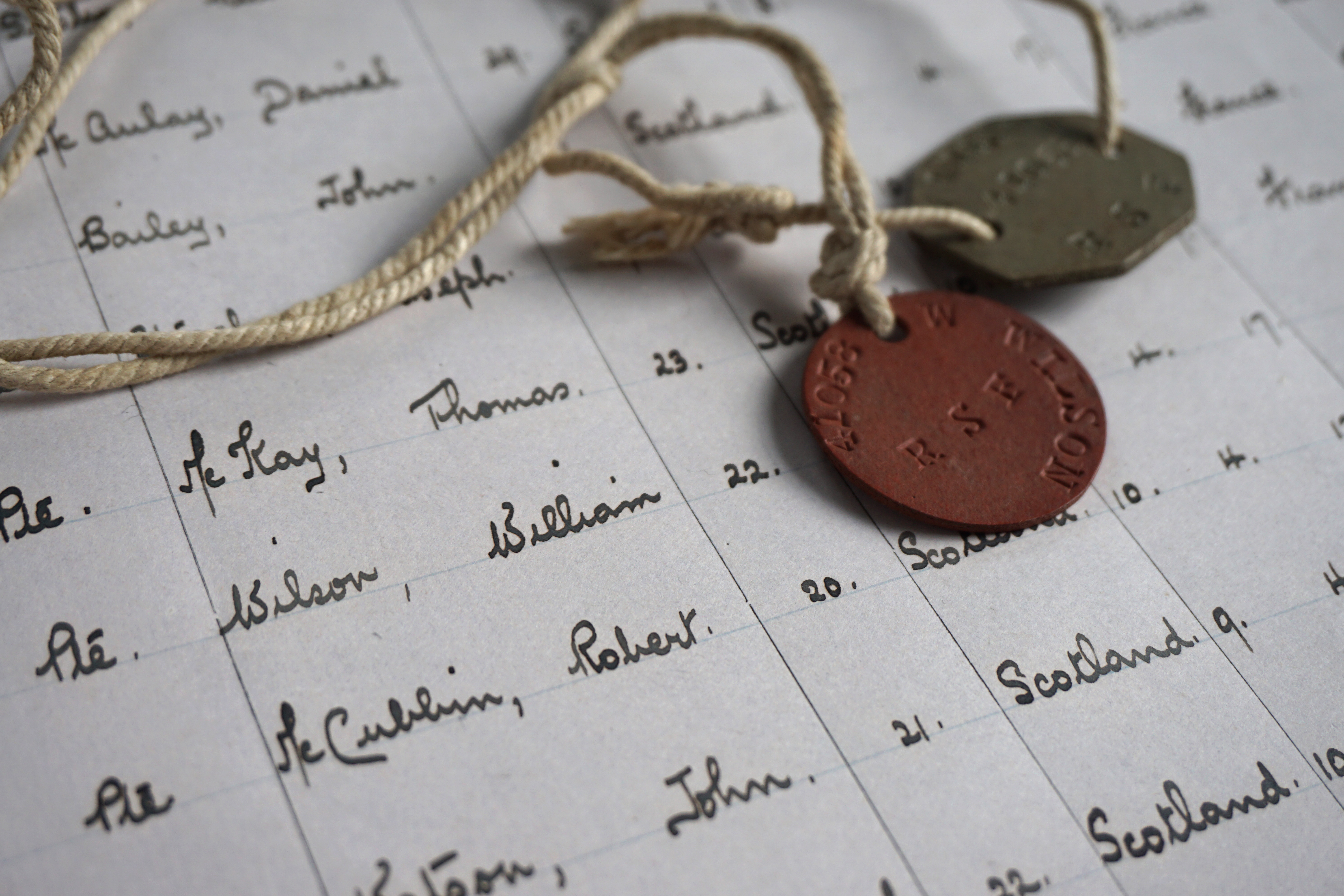 In settling his affairs the War Office discovered that Robert Guthrie, the man he had named as his uncle and next of kin on joining up, was in fact not a relative. Guthrie declared that ‘Wilson was brought up by my parents from infancy, and after their deaths continued to reside with me till he joined the Army. To the best of my knowledge he had no living relatives.’ Because he lacked any heirs his case was passed to the King’s and Lord Treasurer’s Remembrancer (K and LTR), who represented the interests of the Crown as the ‘ultimus haeres’ or ultimate heir of those who died without heirs.

On further investigation, it appeared that Wilson was born in Glasgow (not Prestwick, as 'Soldiers Died in the War' stated), and was given up for adoption after a few months. Witnesses said his mother had not visited her son or kept in contact, and was supposed to have died. In view of the parental care that the Guthrie family had given Wilson, Robert Guthrie was declared his heir, and thus inherited £18. 10s. 6d.

In 1919 Guthrie received the commemorative plaque and scroll issued to all who had served. Hamilton Infantry Record Office held Wilson’s duplicate tags, as the Army did for all serving soldiers in case they were needed. Although the tags were forwarded to the Remembrancer, his office did not pass them on to Robert Guthrie. This tactful gesture has ensured their survival, and pristine condition.

In April 1917 the British and Canadian forces planned an attack at Arras and Vimy Ridge north of the Somme sector, while the French attacked to the south. Preceded by a huge artillery barrage over five days, the joint assault by four Canadian and ten British divisions took place on Easter Monday, 9 April 1917. Among the attackers were the 9th and 15th Scottish divisions and 51st (Highland) Division. No fewer than 44 Scottish battalions in these and other divisions took part in the battle.

The Canadians captured Vimy Ridge, and while the British enjoyed initial success in some parts of the twelve-mile front, they were held up at other points and suffered heavy casualties. The strongpoint of Monchy was captured on 12 April, but bad weather, exhaustion and dogged defence hindered further British attacks. On 15 April the first phase of the battle ended, but the bitter fighting was renewed on 23 April, when British attacks brought further gains by early May. The British lost about 159,000 killed, wounded and missing. Because the battle was shorter, the daily average losses of just over 4,000 were higher than those on the Somme, which were about 3,000.