The 1921 census was due to be taken on 24 April; however, due to industrial unrest it was postponed until Sunday 19 June. 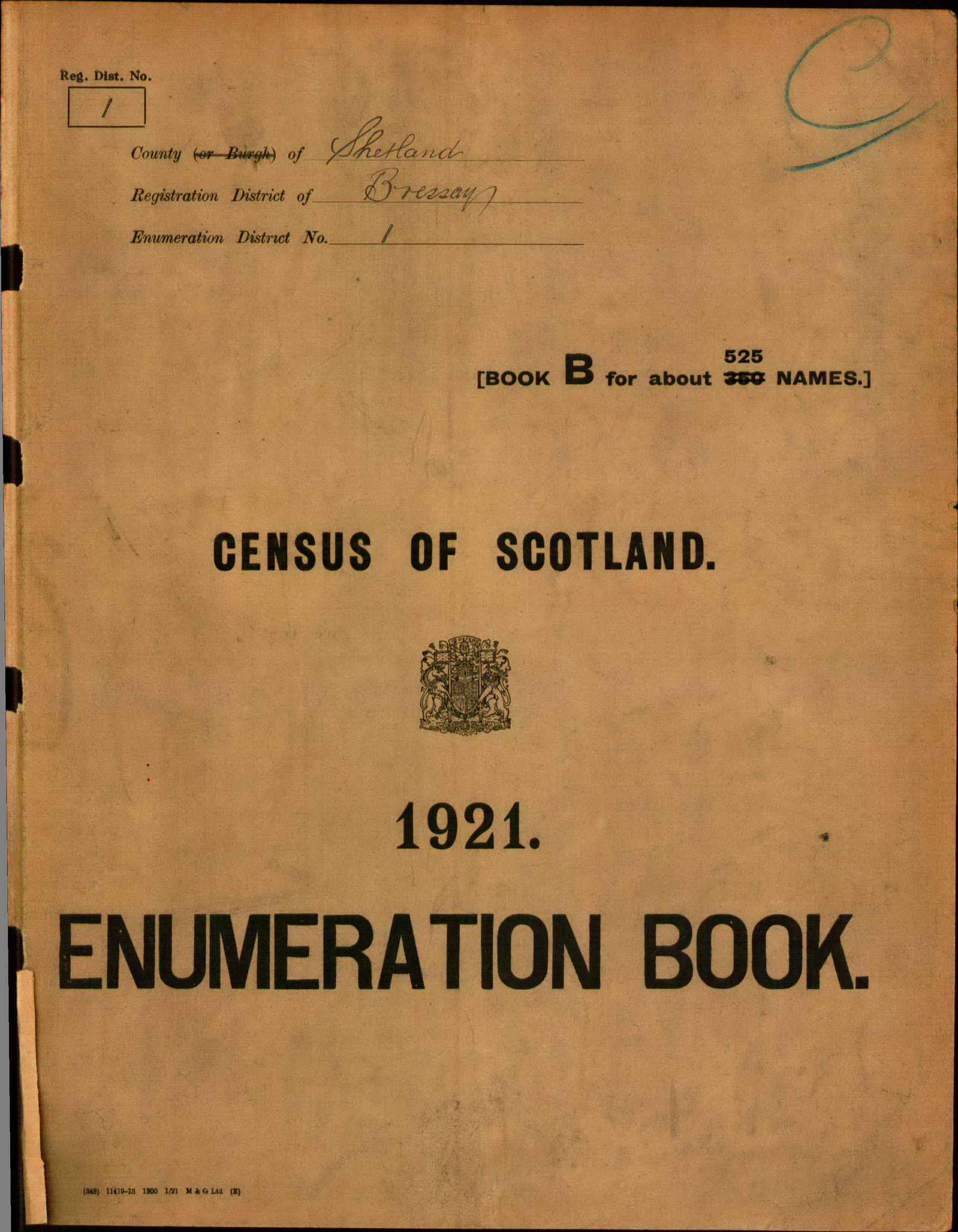 The Census Act 1920 came in to effect before the 1921 census and is still the primary legislation for the delivery of the census in Scotland, England and Wales. The Act dealt with the provision of funds for the census to be undertaken, penalties for those who did not complete it and also allowed for a census to be taken every five years.

The 1921 Scottish census records are the enumeration books which contain information transcribed from the household schedules, as with all previous censuses. They are made available as full colour images. The schedules were destroyed after the work on the census was completed.

Due to the summer date of the 1921 census, mass displacement of the population occurred as people travelled from their usual residences to holiday destinations across Scotland and the wider UK.

The impact of the First World War and the Great Influenza epidemic, commonly referred to as the ‘Spanish Flu’, were reflected in changes to the questions asked in the 1921 census.

New questions relating to the population of young people were introduced:

For the first time, a question was asked on whether a marriage had been ‘dissolved by Divorce’.

The question on infirmity was removed, but a new question asking whether individuals were eligible for benefit under the National Insurance Act 1911 was included. This was introduced to help calculate sick pay and unemployment in some industries. Information regarding an individual’s place of work and details of their employer were also asked in the Scottish 1921 census.

In this example from 1921 census for the district of South Yell in Shetland (our reference 1921/6/3, page 8) you can see the additional questions fitted into the columns over two pages in the enumeration book. Click on image to view the full size. 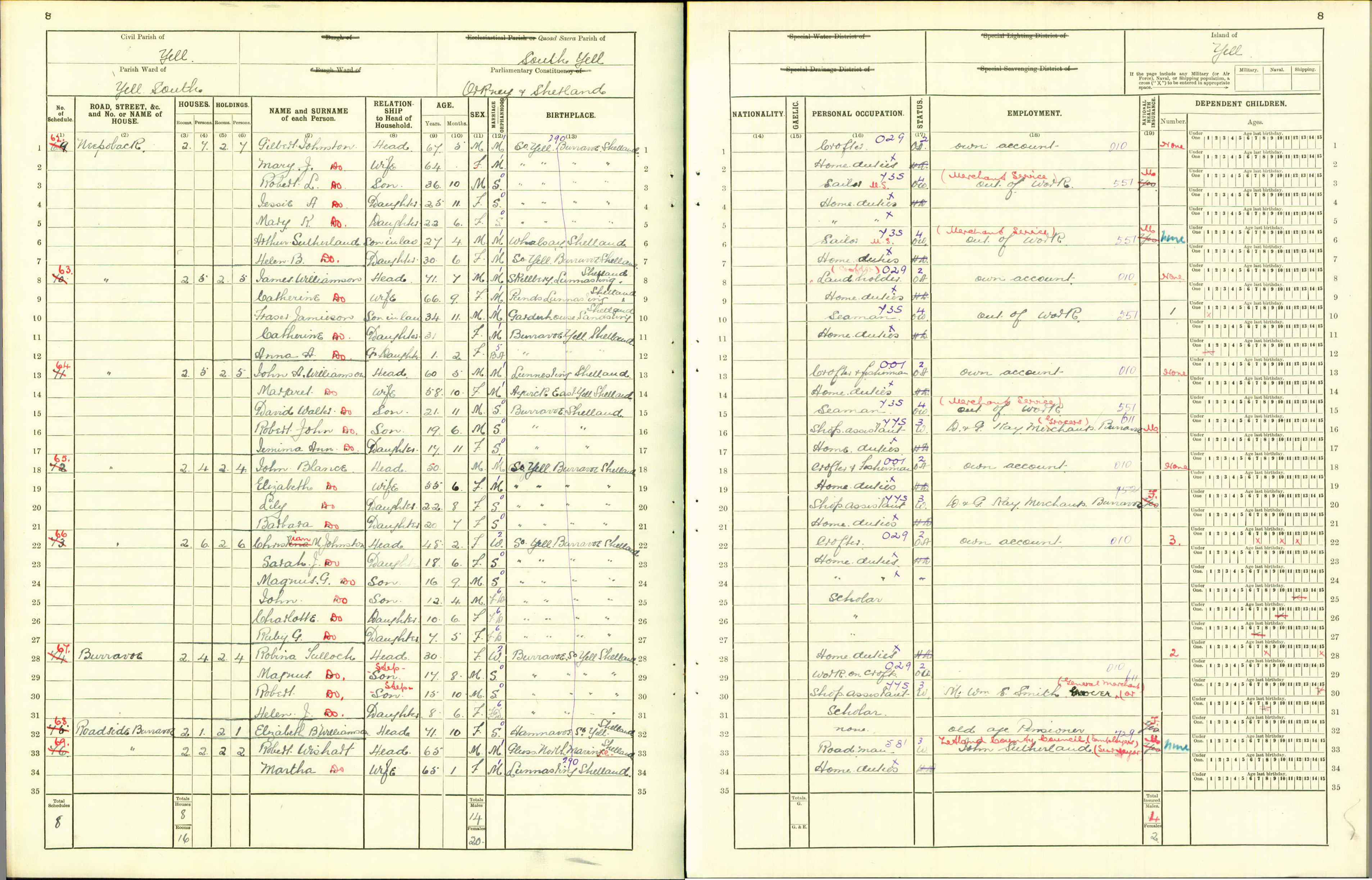 The guide 'Instructions to Registrars and Enumerators'(pdf) outlines the responsibility of the Registrar to follow up in the event that a person refuses to complete a schedule. The guidance recommends that the Registrar should 'call on such person and by persuasion endeavour to obtain the necessary particulars and have a schedule filled up and completed.'

The Census Branch files of the General Register Office for Scotland (Registrar General) include specimen schedules from the 1921 census. Instructions and examples are given on the obverse of the form and the questions on the reverse.

Reverse side of specimen sample of Schedule A, 1921 census, Scotland. Click on the image to view larger size.
Crown copyright, National Records of Scotland, GRO6/478/3, page 2

The guide 'Instructions to Registrars and Enumerators' (pages 28-30) emphasised the 'special attention' enumerators should pay to checking that each column in the schedule had been completed correctly by the head of the household.  When the enumerators copied this information into the transcript books, they used abbreviations. For example:

The majority of staff working on the census appear to have been women and their pay was significantly lower than their male counterparts, as seen in this table of census workers (pdf).

The list of occupations and professions was widened for the 1921 census. The 1921 census report, volume III, includes an index to occupations (pages 1-3) which is available on Histpop - the Online Historical Population Reports website.

There are 10 street indexes for the 1921 census. They have been digitised and are made available as pdf files that are several megabytes in size. PDF files require Acrobat Reader. If you can’t find a particular street, it may not have existed in 1921 or may have had a different name.