For the first time precious examples from two of Scotland’s most important collections of medieval charters are going on show in National Records of Scotland. 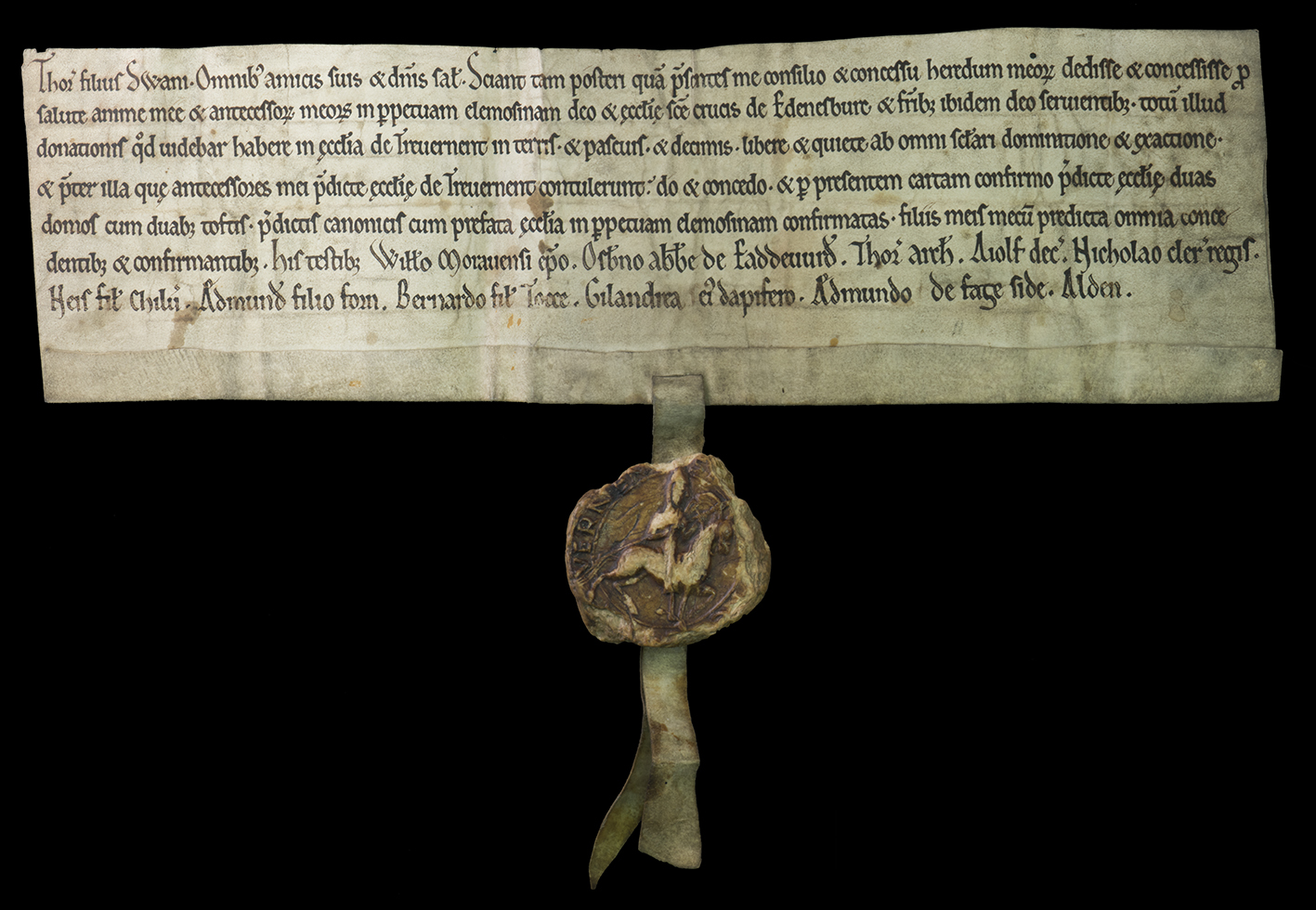 The charters from Holyrood Abbey and Melrose Abbey reveal how government developed in the period between 1100 and 1250, as part of the emergence in Western Europe of government as we recognise it today. These charters are but a tiny sample of what survives from the period and they offer a glimpse into the work of Scotland’s medieval scribes. This exhibition investigates how changes in the handwriting of the royal and monastic scribes reflect these crucial changes in charters that granted lands and rights.

This exhibition is a partnership with the University of Glasgow and is part of 'Models of Authority, Scottish Charters and the Emergence of Government, 1100-1250', a project funded by the Arts and Humanities Research Council. The project examined the script and physical appearance of these charters, closely analysing the diplomatic and palaeographic features as evidence in the development of the perception of royal authority and governance during a crucial period in Scotland’s history. Professor Dauvit Broun of the University of Glasgow said:

"This exhibition contains some of the earliest surviving documents produced in Scotland. These are well known to historians, but the scribes who wrote them are often overlooked. This exhibition is the first to focus on the scribes themselves, and their role in creating a new medium for government and lordship." 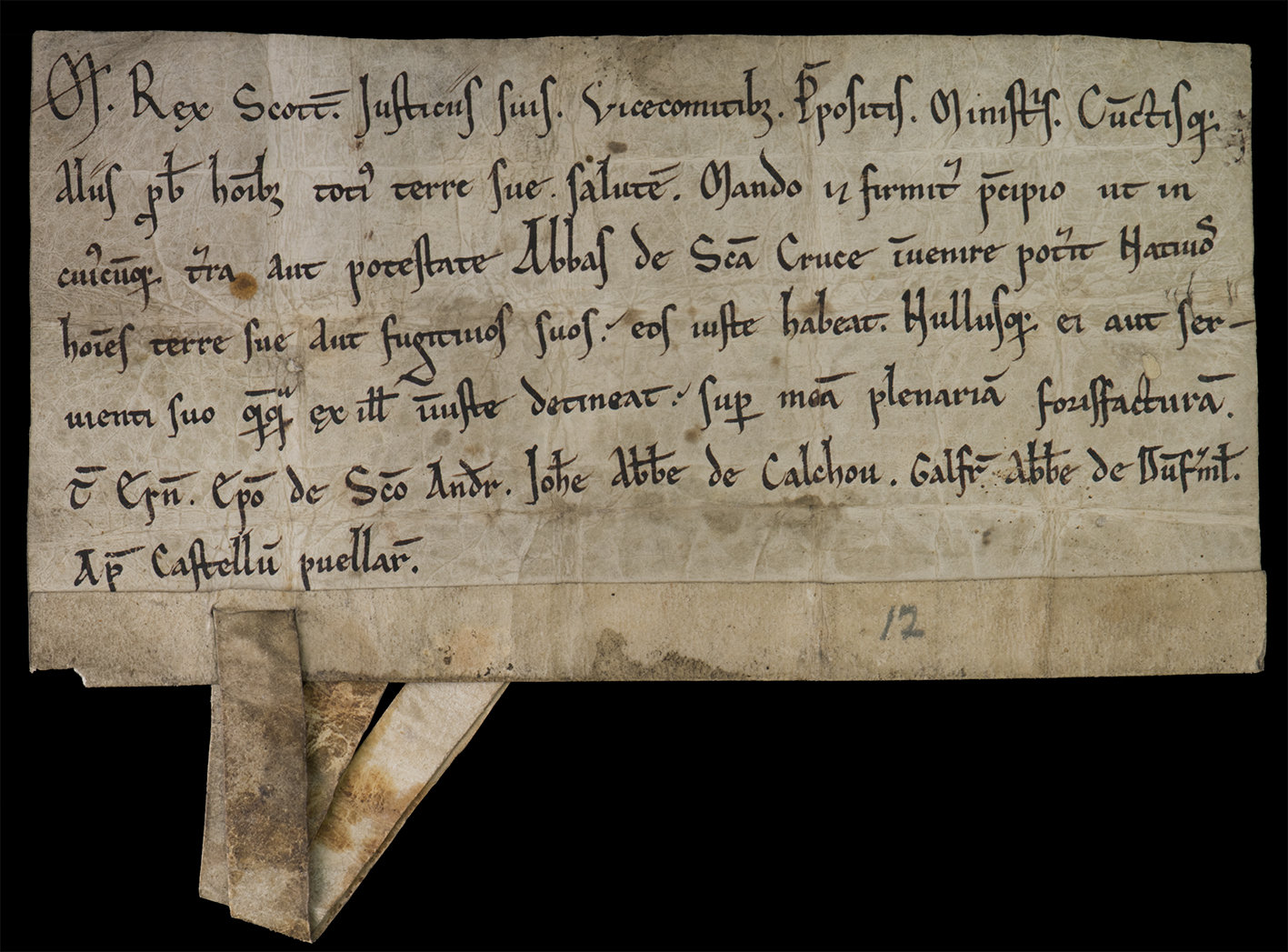 You can read more about this project and its findings at www.modelsofauthority.ac.uk. You can also find further details on each of the charters on display in the booklet ‘Scribes and Royal Authority: Early Charters from the National Records of Scotland’, on sale in the NRS shop.