Sir Matt Busby was manager of Manchester United from 1946 to 1969 where he introduced a system to develop the skills of young players with great success. On 6 February 1958 the team, known as the Busby Babes, were involved in a plane crash at Munich Airport on their way home from a European Cup tie. Seven players and three club officials died at the scene. Matt Busby suffered multiple injuries but recovered. His greatest success came 10 years later when Manchester United won the European Cup. He was knighted and named manager of the year. He died in Manchester on 20 January 1994.

Matthew Busby was born on 26 May 1909, the son of Alexander Busby, coal miner and Helen Greer. The entry in the statutory register of births for the registration district of Bellshill gives his place of birth as 28 Old Orbiston.

In 1911 Matt Busby, aged one, was living with his parents and baby sister, Bedelia, at the same address in the Orbiston Rows. The household includes three members of the Greer family. They are recorded in a supplementary volume for enumeration district 10 (10-S). 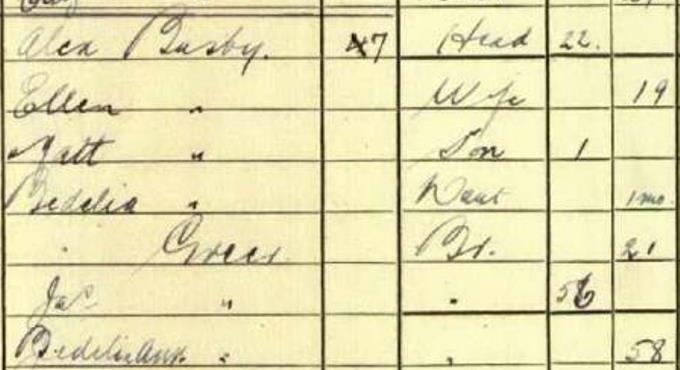 Matthew Busby, aged 21, married Jeanie Philips Menzies (formerly MacVie) on 12 January 1931. The entry in the statutory register of marriages for the registration district of Bothwell, county of Lanark gives his occupation as professional football player and his usual residence as 221 Main Road in Manchester where he played for City not United. It also shows that his father was deceased - he was killed at the battle of Arras in 1916 - and that his mother had remarried. His sister, Delia Busby, was one of the witnesses.