Alexander Morison studied and practised medicine in Edinburgh. He was interested in mental illness and in 1810 became inspecting physician of asylums in Surrey. He lectured and published on cases of mental disease and his observations of their treatments. He was elected President of the Royal College of Physicians of Edinburgh in 1827 and a fellow of the Royal College of Physicians, London in 1841. He was also physician-in-ordinary to Princess Charlotte and from 1835 physician at the Bethlehem Hospital. He was knighted in 1838.

Alexander Morison, surgeon married Mary Ann Cushnie on 26 March 1799. The entry in the Old Parish Register for Edinburgh shows that they were both of St Andrews Church parish and that Mary's father was Alexander Cushnie, late merchant in Aberdeen.

In 1861, Alex[ande]r Morrison, 81, physician was enumerated at Johnsburn. The census return for the parish of Currie shows that his second wife, Grace, was aged 51 and her place of birth was Hackney, Middlesex. There are three servants. The household schedule continues on the next page where there are details for the domestic servant and the gardener.

Sir Alexander Morison MD, 87, died at 4:15 pm on 14 March 1866 at Balerno Hill House. The entry in the statutory register for the parish of Currie in the county of Edinburgh (now Midlothian) gives the names of his two wives - Mary Ann Cushnie and Grace Young. The informant was his grandson,  Alexander Morison, who wasn't present at the death.

An inventory of Sir Alexander Morison's estate was registered at Edinburgh Sheriff Court on 5 July 1866. It lists assets in Scotland and England. The latter included rent due from his property at 26 Cavendish Square in London and quarterly pensions from the Lunatic Asylum of the County of Surrey and Bethlehem Hospital. 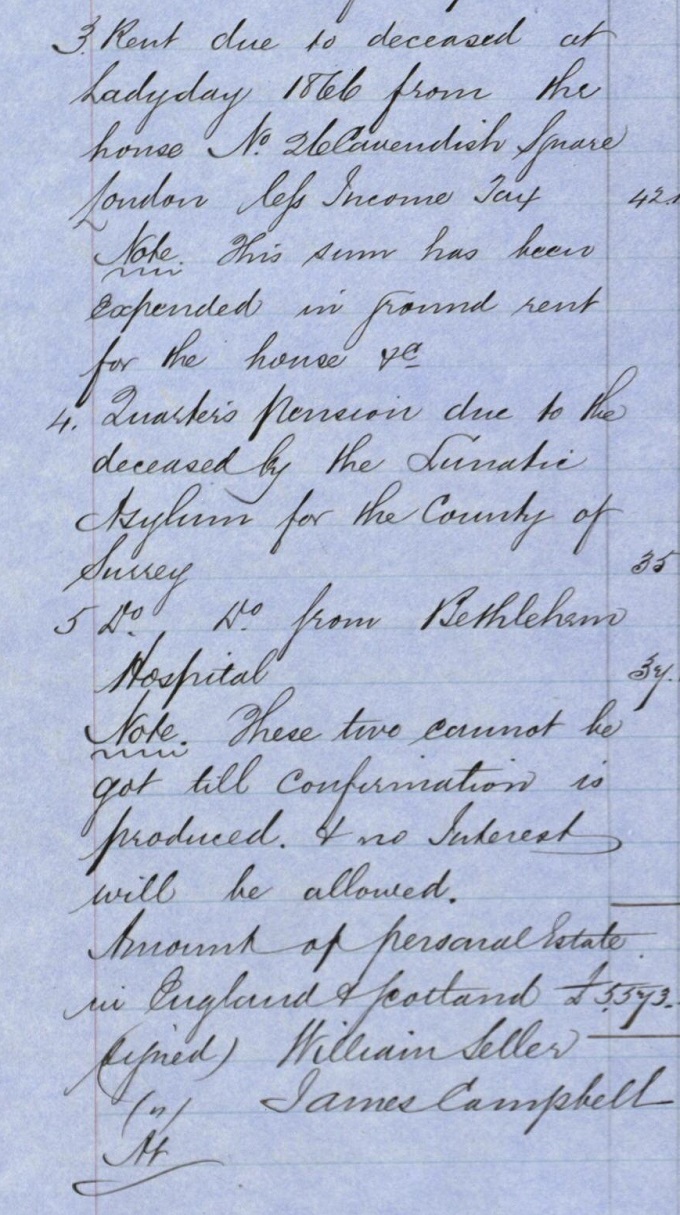