Louisa Jordan worked at a Consumption Sanatorium (see below), Shotts Fever Hospital, in Manchester and as a Queen's nurse in Buckhaven in Fife. In December 1914 she signed up with the Scottish Women's Hospitals for Foreign Service set up by Elsie Inglis. She was based at Kragujevac in Serbia where she tended to wounded soldiers during a major typhus outbreak. She was one of several medical staff to lose their lives to the disease. She died on 6 March 1915 aged 36.

Louisa Jordan's service during the First World War is commemorated on the Buckhaven, Methil and Innerleven War Memorial (War Memorials Register 8532). On 1 April 2020 the Scottish Government announced that a temporary hospital to help with the Coronavirus pandemic would be named NHS Louisa Jordan in her memory.

Louisa Jordan was born on 24 July 1878, the daughter of Henry Jordan, paint grinder and Helen Orr. The entry in the statutory register of births for the district of Maryhill in the county of Lanark gives the place of birth as 279 Gairbraid Street.

In 1881 Louisa Jordan, 2, was enumerated at 325 Gairbraid Street. The census return for the parish of Maryhill shows the household included her parents, four brothers and three sisters.

In 1891 Louisa Jordan, 12, scholar, was enumerated with her family at 30 Kelvinside Avenue. The census return for the district of Maryhill shows the household included two of her sisters and two of her brothers. Ireland is recorded as the country of birth for both of her parents.

The 1905-1906 valuation roll for the parish of Kilmalcolm in the county of Renfrew lists Louisa Jordan, spinster, assistant at Consumption Sanatorium number I. 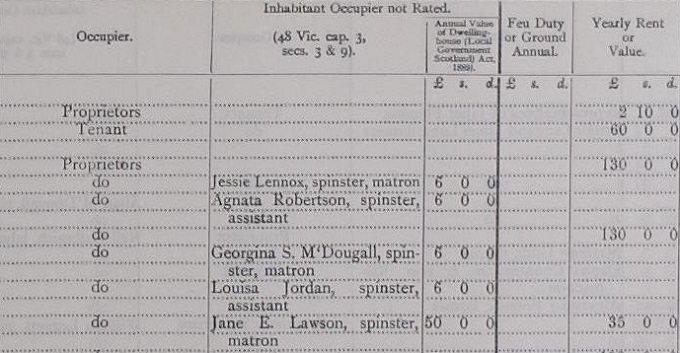 The inventory of the personal estate of Louisa Jordan was registered at Glasgow Sheriff Court on 23 April 1915. It gives her date and place of death as 6 March 1915 at Kragujevatz [Kragujevac] in Serbia.

The inventory includes a pass book for the Post Office Savings Bank, Crumpsall Green Manchester, and various policies. The total amount was £133, 19 shillings and 10 pence. 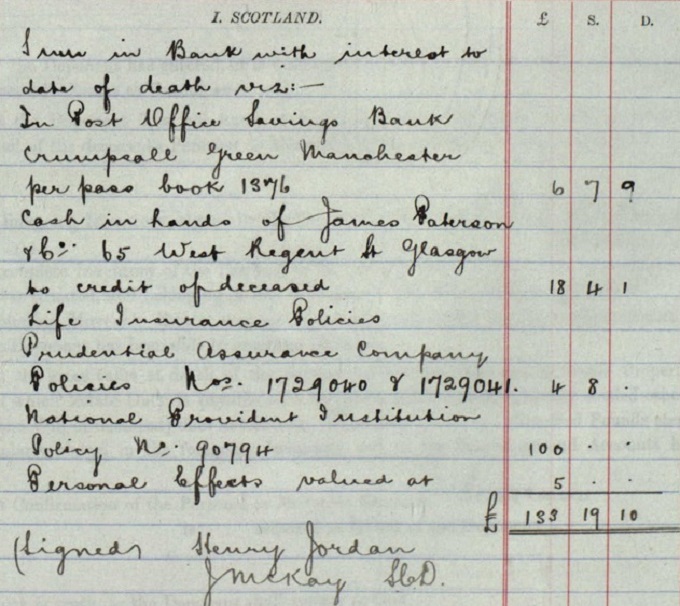 Her brother, Henry Jordan, was confirmed as the executor. The record shows that Louisa was unmarried and survived by her brothers and sisters.