Isabella Elder was widowed in 1869 and used her wealth to support education and health charities in Govan and elsewhere. Her philanthropy created, among others, the John Elder chair of naval architecture, Elder Park and Elder Free Library. She donated the building and lands for Queen Mary College for Women and provided funding for its medical school. In 1906 the public paid for a statue of Isabella Elder to be erected in Elder Park. The University of Glasgow’s website includes a biography of Isabella Elder with a portrait. In 2015 it named a building after her in honour of her role as a benefactor and in promoting opportunities for women in higher education.

Isabella Ure was born on 15 March 1827, the daughter of Alexander Ure and Mary Ross in Hutchesontown. The single line entry in the Old Parish Register for Glasgow gives the date of baptism as 27 April.

In 1851 Isabella Ure, 22, was a visitor, in the house of Mary Mackenzie at 34 Portland Street in the parish of Gorbals. The census record shows that her widowed mother, Mary Ure, proprietress, was also enumerated as a visitor there.

Isabella Ure married John Elder, master engineer, on 31 March 1857. The entry in the statutory register of marriages for the district of Blythswood in Glasgow gives the place of marriage as her home at 145 Hill Street, Garnet Hill, Glasgow.

In 1861 Isabella Elder, 32, was living with her husband and three servants at 121 Back Street. The entry in the district of Blythswood gives his occupation as engineer and shipbuilder.

Isabella Elder died on 18 November 1905 aged 77 years. The entry in the statutory register of deaths for the district of Kelvin in Glasgow. It is perhaps fitting that the cause of death was certified by a female doctor, Marion Gilchrist.

The testament of Isabella Ure or Elder LLD was registered at Glasgow Sheriff Court on 27 December 1905. She left an estate valued at £175,426, 6 shillings (s) and 6 pence (d) which would be worth in the region of £13.8 million today based on The National Archives currency converter. She left the majority of it to charitable causes. Her trust disposition and settlement  includes provisions for the establishment of The Elder Cottage Hospital in Govan. 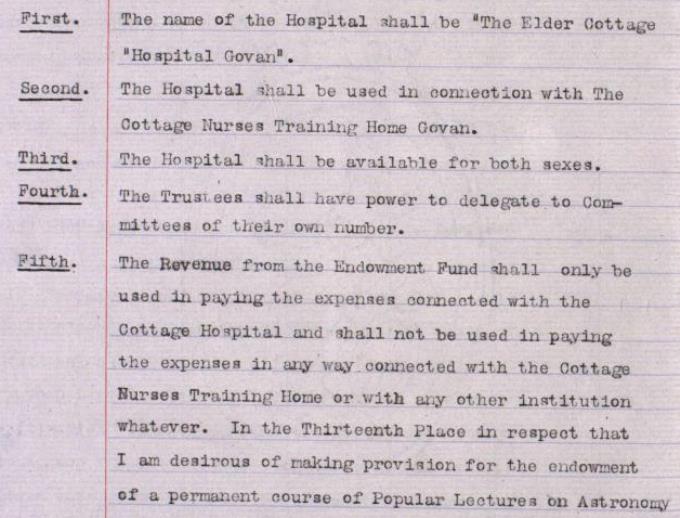 She bequeathed her paintings to the Corporation of Glasgow ‘for the benefit of the public in all time coming.’ They are listed with their locations in her house at 6 Claremont Terrace in Glasgow. 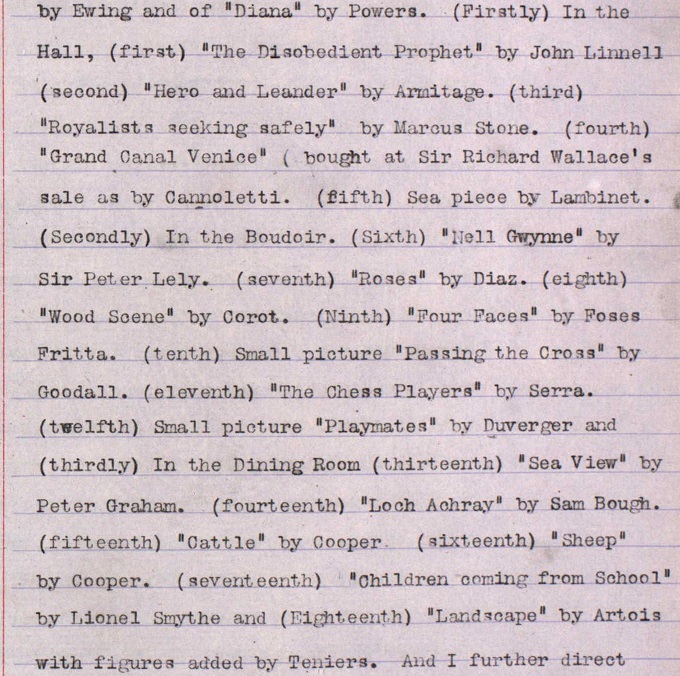 The inventory lists shares in the Caledonian Railway as well as railway companies in England, Canada and the USA. It also provides a valuation of the 'paintings etc specially bequeathed to the Corporation of Glasgow' which included a bust of her late husband by Powers. 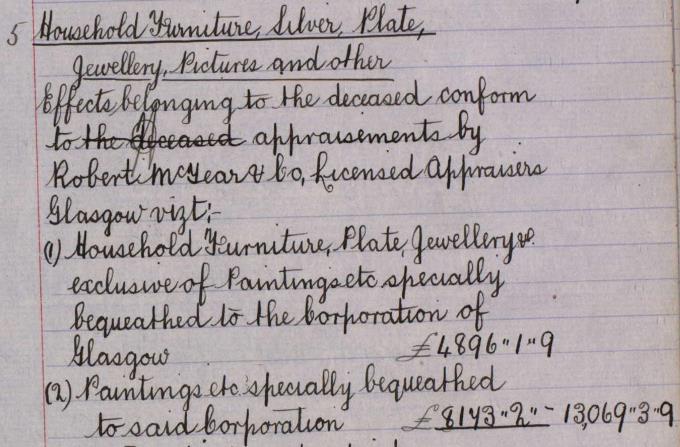